Chris Peck, Chair, was introduced to handbells during his middle school / high school years at King of Kings Lutheran Church in Gardner, Kansas, with Kipp Willnauer.  Chris went on to earn his Bachelor of Arts from Bethany College (Lindsborg, KS) where he had the opportunity to learn from educator, Bethany alum, and Malmark representative, Eunice Tarum.   His senior recital included handbells, both as a soloist and a composer.

Chris went on to teach band and choir in public schools in Kansas and Iowa for several years.  He has been involved with church music for the past twenty-plus years in various churches throughout Kansas, Iowa, and Nebraska.  For the past five years, he has served as Director of Choir and Bell Choirs at Trinity Lutheran Church in north Omaha, Nebraska.  Chris is also the Choir / Chime Choir Director at Eastmont Towers, a retirement community in Lincoln, Nebraska.  Chimes have been a recent addition to the activities available at Eastmont while he has been involved there.

Chris has served Area 8 and the general handbell world in various capacities.   In the early 1990s, he worked behind the scenes at a few Area 8 summer conferences helping shuffle equipment around to various rooms and helping with whatever necessary.    He also served a term as the Area 8 Education (or Chime?) chair.  In the later 1990s, he served a term as Iowa’s chair. He also spent a couple summers as one of the directors of Intergenerational Handbell Camp, in Parkville, Missouri.

Chris is married to his wife, Melissa, and live in Lincoln, Nebraska (Go Big Red!)  where they enjoy their small family of rescued cats and dogs. Sharon Schmidt, Past Chair: Sharon Schmidt was a member of The Agape Ringers, an auditioned community handbell ensemble from the Chicago area, for 30 years, and is Past Chair for Area 8. She previously directed multiple handbell ensembles at Gary United Methodist Church in Wheaton, IL, served on the Area 8-Illinois State Committee from 1994-2021, was chair for eleven Distinctly Bronze events, served as Area 8 treasurer for four years, and was the Certification Program Coordinator for five years.  Her handbell teaching experience includes numerous local events, events in Areas 1, 5, 7, 8, and 10, multiple  National Seminars, a National Festival, and the International Handbell Symposium in 2008. Lori Fenton, Chair Elect, started ringing handbells over 35 years ago at her church.  She currently rings with the Des Moines Concert Handbells as well as her church bell choir.  In true bell-addict fashion, she has participated in several national ringing events over the past 15+ years including the Bay View Week of Handbells, Distinctly Bronze East and West and Virtuoso, an advanced ringing event sponsored by the Raleigh Ringers.  She toured Italy with Desert Bells and attended the International Symposium in Vancouver in 2016.

Lori is also a vocalist and sings with numerous groups in Des Moines including the Des Moines Vocal Arts Ensemble, Des Moines Community Orchestra and her church choirs.

Her day job is as a Finance AVP with Global Atlantic Life & Annuity in Des Moines.  In addition to handbells, she is addicted to all things Disney, wine, and cats, currently sharing her home with five of them, all named after composers. 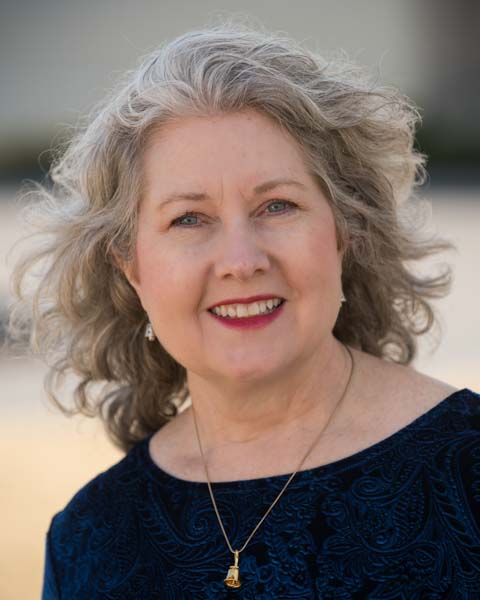 Sara Washington, Secretary, started her handbell ringing career at First UMC in Manhattan, KS in 1975 and directing at First Baptist Arlington, TX in 1991. She has been selected for many advanced and auditioned choirs at HMA sponsored events, for the Solo and Ensemble Dream Team, rang at Bay View Week of Handbells, and has rung in and directed choirs across 8 states.

Sara helped start several community choirs: The Rhapsody Ringers of Manhattan, KS (1978), Tulsa Festival Ringers (1991) Kansas City Handbells (1997) and Rezound! Handbell Ensemble of Kansas City (2001), has served two terms as Secretary for Area 8 Handbell Musicians of America, and over the years has directed and taught at festivals, workshops and camps.

Wanting a challenge while living in Atlanta, GA she rang with three advanced choirs: Geneva Ringers at Central Presbyterian Church, The Atlanta Concert Ringers and Golden Bells of Atlanta, and subbed at many churches throughout the city.

Sara and her husband Syl recently moved back to Kansas City to be closer to her huge family (9 sibs + 4 steps and their families). She enjoys family gatherings, biking, walking, baking, sewing, reading and training her new pound puppy, Sisko.