Kendall Ladd is a current member of Bells in Motion in Springfield, IL, and frequently “subs” with Bells of Wesley at Wesley UMC in Bloomington, IL and with Bloomington-Normal Community Bells.

She got her start ringing handbells when she was 10 as an extracurricular activity at her elementary school. Continuing to ring with her school choirs throughout middle school and high school, she eventually got her start ringing with community handbell choirs as a member of Joyful Sound in Indianapolis. She has attended numerous Area 5 festivals as well as National Handbell Seminars where she has started her handbell certification and participated in Distinctly Teen and All-Star Choir. She looks forward to attending more events in Area 8 and becoming more involved with Handbell Musicians of America.

Kendall currently lives in Normal, IL where she is working on her Master of Science degree in Quantitative Psychology at Illinois State University. She also has a Bachelor of Arts degree in Psychology and Criminology from Butler University. Her non-handbell hobbies include yoga, traveling, listening to music, reading, and binge-watching Netflix. Kirsten Hendrickson is a current member of the Agape Ringers in Chicago, IL, and Bells In Motion in Springfield, IL. She began ringing at age 11 when she was asked to sub at a friend’s church and has been ringing ever since!

As a member of the Agape Ringers and Bells In Motion, Kirsten has performed and taught at Area festivals. She to eventually attend events in all of the areas!

Kirsten has a BA in Biochemistry, Cell, and Molecular Biology from Drake University. After working for a number of years as the manager of a medical clinic, Kirsten went back to school and is now pursuing a Masters of Science in Nursing degree. She is currently living in Chicago, IL, where in her spare time she can be found reading non-textbooks while lying on the couch with her cat. Patrick Gagnon is a music educator dedicated to the development of the tuneful person. He is a K-5 Vocal Music Specialist and HS Vocal Music director for the Eldora-New Providence CSD and is Director of Music at First Congregational UCC in Eldora.  Patrick serves as Performance Chair for Hardin County Performance Series, and has done music direction for productions of Into the Woods, Les Miserables, The Secret Garden, Little Women, Oklahoma, and Godspell for the Department of Music and Theater at Iowa State University.  He has served Handbell Musicians of America in numerous capacities as a board member both in Area 1 and Area 8 and as a member of the HMA Education Resource Task Force.

While living in Boston he served as Massachusetts Chair, Adult Weekend Chair, Directors’ Seminar Co-Chair, Festival/Conference 2009 Chair, and finally Chair-Elect of HMA Area 1.  Patrick was a founding member and later associate director of Back Bay Ringers, and was a member of Merrimack Valley Ringers. Since moving to Iowa, he has served Area 8 as Iowa Chair and has served the six-year sequence on the Area 8 Executive Committee as Chair-Elect, Chair, and Past Chair, including serving as Chair for the 2016 Festival/Conference.  He was a member and director of the North Central Iowa Handbell Ensemble, and is a founding ringer and director of Des Moines Concert Handbells.

Patrick also serves as the Education Chair for Area 8. Janelle Flory Schrock began ringing handbells in 1989 at her home congregation, the McPherson Church of the Brethren. In 1994, she began ringing under the direction of past area chair and Kansas Malmark representative, Eunice Tarum, at the Trinity Lutheran Church in McPherson. Between 1996 and 2002, she travelled with the Spirit Ringers to four Area 8 festivals, one national festival and as an individual ringer to two Pinnacle events.

Since then, she has performed with handbell ensembles in Indianapolis, Indiana; Claremont/LaVerne, California; and Hannover, Germany. After returning to Kansas in 2012, she has taken every opportunity to network with other Central Kansas handbell musicians, and to attend and recruit others to attend the Area 8 festival and the Kansas City-based Resonate Advanced Ringing Workshop. She currently is a member of Angelus Ringers of the McPherson Church of the Brethren, and the brand new Prairie Bronze Handbell Ensemble of Newton, Kansas. She and her sister, Kendra Flory, have performed handbell duets across the United States, as well as in Germany and on the 2004 Christmas Eve CBS television broadcast.

Janelle holds a B.A. from McPherson College in Modern Languages: German, with minors in English and Music. She is the office manager at the Dyck Arboretum of the Plains in Hesston, Kansas, a 30 acre native plant public garden. Julie Assel, Kansas Co-Chair, was introduced to handbells when she was in elementary school. She attended her first handbell festival in Cape Girardeau when she was in high school and saw solo ringing for the first time. She incorporated solo ringing into her high school senior recital. Julie went on to earn her bachelor’s degree in instrumental and choral music education from Luther College (Decorah, IA).

Julie joined the Adult Bell Choir at Atonement in 1999 and became its director in February, 2001. She currently directs three handbell choirs (Joy – adult small ensemble), Adoration Ringers (adults), and Youth Bells (grades 2-12). She holds level one certification from the Handbell Musicians of America.

In her “other” job, she is the President and CEO of Assel Grant Services, a professional grant services firm providing comprehensive grant support to nonprofits, universities, school districts, health systems, and behavioral health care center. Julie is married to her husband, Tom, who plays in Atonement’s Adoration Ringers and has two active little boys who she has already introduced to handbells and chimes. Julie lives in the Kansas City metropolitan area. 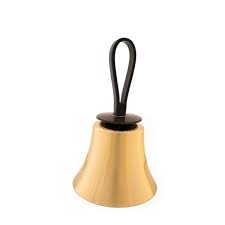 Nancy Youngman has been a handbell choir director since 1984, currently with 5 choirs in two churches under her direction, ages ranging from 5 to 94. She is the founder/director of Bell-issimo, Lincoln Nebraska’s auditioned Community Handbell Choir.

Nancy has degrees in Instrumental Music and German, and recently retired from Lincoln Public Schools, where she taught both subjects for years.

Since 1990, Nancy has been a member of the Nebraska State Handbell Committee, and is currently serving the Guild as Area 8 Chimes Chair and Nebraska State Chair as well as serving previously as State Chair from 1994 – 1996 and Area 8 Secretary from 1996 – 1998, plus teaching at many Nebraska and Area 8 events.