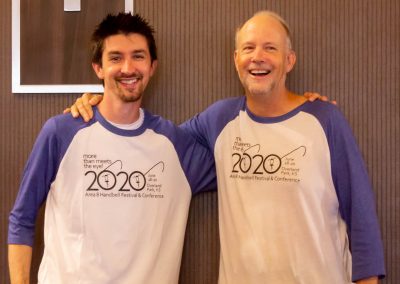 John and Alex are doing it all!  They are sharing leadership of both the Blue and Gold Divisions, Massed Ringing, BronzeFest and the Directors Seminar on Thursday. 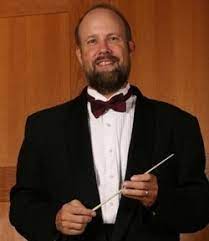 Dr. John Behnke is the former director of the Milwaukee Handbell Ensemble, retired Music Editor for AGEHR Music – Handbell Musicians of America, and retired Organist and Choir Director at Historic Trinity Evangelical Lutheran Church in downtown Milwaukee, WI. Currently Emeritus Professor of Music at Concordia University in Mequon, Wisconsin, he taught organ and graduate handbell courses, and directed The Alleluia Ringers, Concordia’s touring handbell choir, for 29 years. Dr. Behnke is a frequent organ recitalist, handbell clinician, and festival director. He enjoys composing and arranging, with nearly 400 handbell, choral, and organ compositions in print with seventeen different publishers in the United States, Germany, and Taiwan. A 1974 graduate of Concordia-River Forest, IL. he received his M. Mus. In Church Music and Organ from Northwestern University, Evanston, IL. in 1978. His D. Mus. was awarded to him in 1984 by Northwestern University where he was elected into the Alpha Chapter of Pi Kappa Lambda, a national honorary music society. From August 1978 to July 1979, Dr. Behnke studied at the Westphalian Church Music Institute in Herford, W. Germany, where he passed the “A” Exam in Organ with the grade of “1-Excellent”. 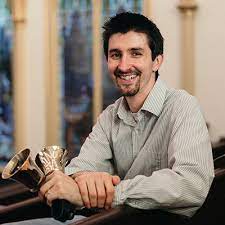 Alex Guebert is a composer, arranger, percussionist, music director and music teacher from Orange, California. He directs five handbell groups in the area; among those are two advanced-level groups: Cathedral Bells of St. John’s Lutheran Church in Orange, and L.A. Bronze. His compositions and arrangements have been published and performed nationwide and overseas. Alex’s compositional style is a result of his background as a percussionist, his love of film score, and his desire to broaden the horizons of handbell repertoire. Alex holds a bachelor’s degree in percussion from Concordia University Irvine, and an M.M. in Music Composition from Cal State Long Beach. Alex has studied conducting with Dr. Bill Payn, Dr. Herbert Geisler (Concordia University Irvine), and Ramona Miller. He teaches music classes and leads band programs at schools in Orange County and has taught classes at handbell seminars throughout the country. Alex lives in Orange with his wife Heather, a scientist, and baby daughter Emma Joy, who shares her dad’s love of music and her mom’s scientific curiosity about the world!